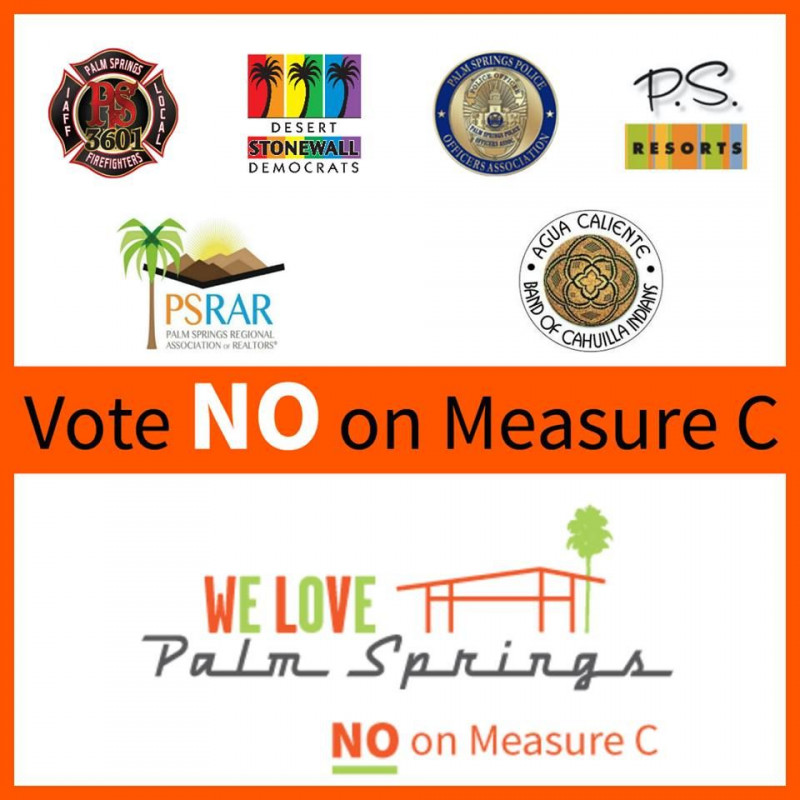 NO ON MEASURE C

Our City Council is committed to putting the revenue created by Measure D towards public safety. On January 3rd, City Council approved the hiring of six new firefighter/paramedics, which will fully staff a paramedic squad for the downtown area. These additional firefighter/paramedics will only bring us back to pre-recession staffing levels. If Measure C passes, it is likely to unravel the work being done by Measure D. We cannot afford to go backwards in a time of such growth.

We ask that the citizens of Palm Springs strongly consider these impacts, and join us by voting NO on Measure C.

Please see the below impact report on the City and Local Business. and the Linked Tourism Economics Report.

Tourism consulting company Tourism Economics conducted an impact report on the short-term rentals initiative. The group stated in the report that Palm Springs could lose 1,158 jobs with the approval of the initiative due to a decrease in visitors to the city. The group also stated that the local economy could face $35.9 million in annual income loss, while the city could see a $9.6 million decrease in tax revenue.[4]

Council member J.R. Roberts argued that the estimates in the impact report were skewed because they did not account for short-term rentals that could be replaced by long-term rentals or rentals with the owner present. Council member Geoff Kors stated that he was concerned about the loss of money the city could face.